Designer Gabriella Giandelli returns to Modena, 9 years after her previous solo exhibition held at D406 Gallery. Invited by DIG to design the “Watchdog” for the 2022 edition, she will exhibit her works inside Complesso San Paolo. The artist’s international success is evidenced by the major exhibitions currently underway, including the most comprehensive retrospective at the Cartoon Museum in Basel (with more than 350 works, open until Oct. 30) and the Paris exhibition of original drawings from her latest project, published by Louis Vuitton’s prestigious TravelBook series. The Modena exhibition will feature numerous drawings that Gabriella Giandelli has made over the past 20 years for print media, including those for newspapers La Repubblica (now more than a decade-long collaboration), il manifesto and the weekly magazine Internazionale, thus emphasizing the context of the journalism festival hosting the exhibition.

Also on display will be the comic book plates that have made Gabriella Giandelli a highly regarded author in the world of comics over the years. Completing the exhibition are large fabric reproductions, real tapestries, made by a well-known interior design house. Another symbolic design of the exhibition, in addition to the Festival’s “Watchdog” also reproduced in posters posted around the city, is a small portrait of Antonio Delfini designed in 2013 for the newspaper La Repubblica, on the occasion of the release of a new edition of the Modenese writer’s Poesie della fine del mondo. For the occasion, the book of drawings Aspettami a casa (Sigaretten Graphic Editions, in collaboration with gallery D406) will be presented.

The exhibition takes on another special significance: it is dedicated to journalist Matteo Scanni, president and co-founder of DIG, who died prematurely last year, a friend and collector of the artist, and the first enthusiastic promoter of this exhibition.

The exhibition is curated by Andrea Losavio, Galleria D406. 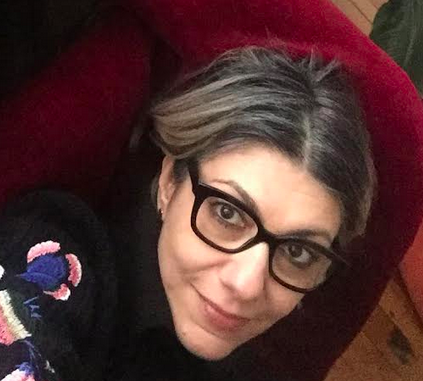 Gabriella Giandelli is an illustrator and cartoonist from Milan. A graduate of the Istituto di Arte, Scuola di Fumetto and…